Symptoms of Dicamba Injury in Soybeans

Increasing Occurrence of Injury in Soybeans 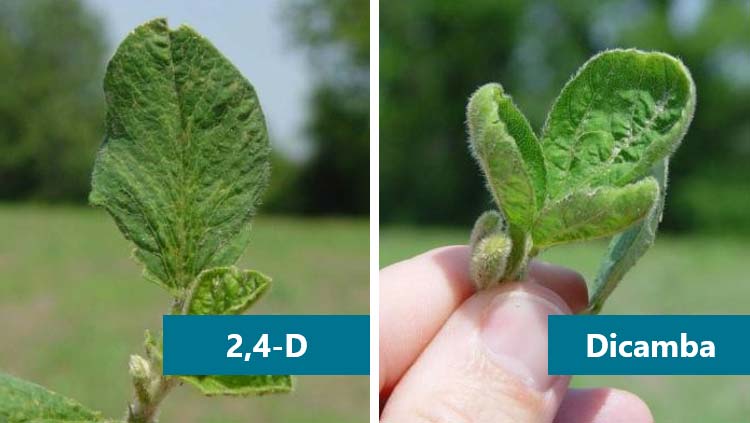 Figure 1. Side-by-side comparison of 2,4-D and dicamba symptoms from a Pioneer soybean herbicide response demonstration. Plants exposed to 2,4-D display leaf strapping, with the veins pulled into a more parallel orientation, while leaves exposed to dicamba show more of an upward cupping/drawstring effect. 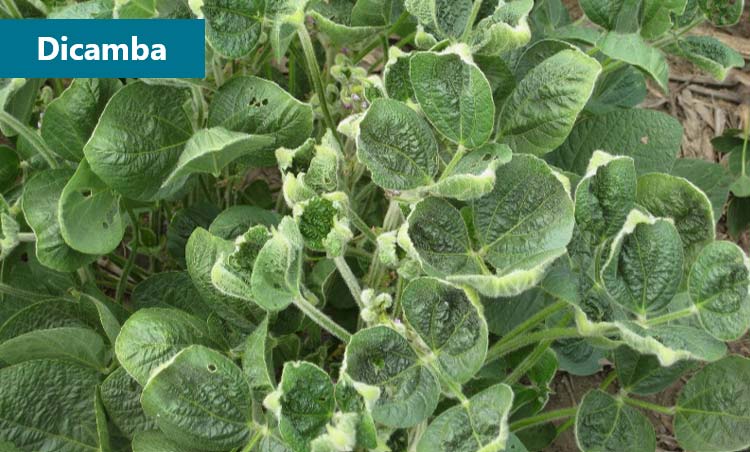 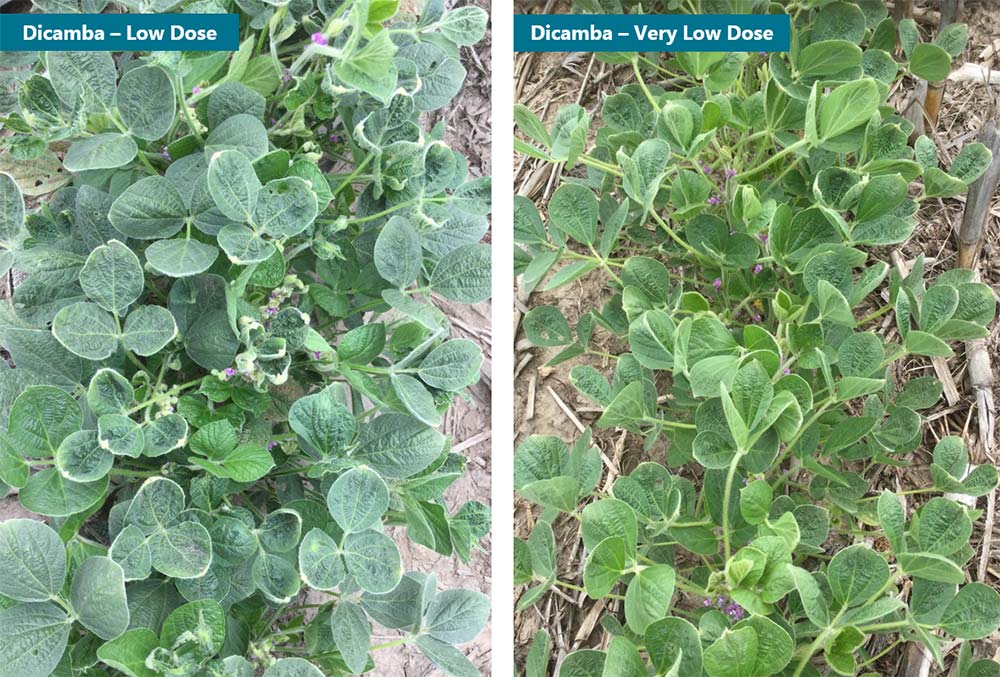 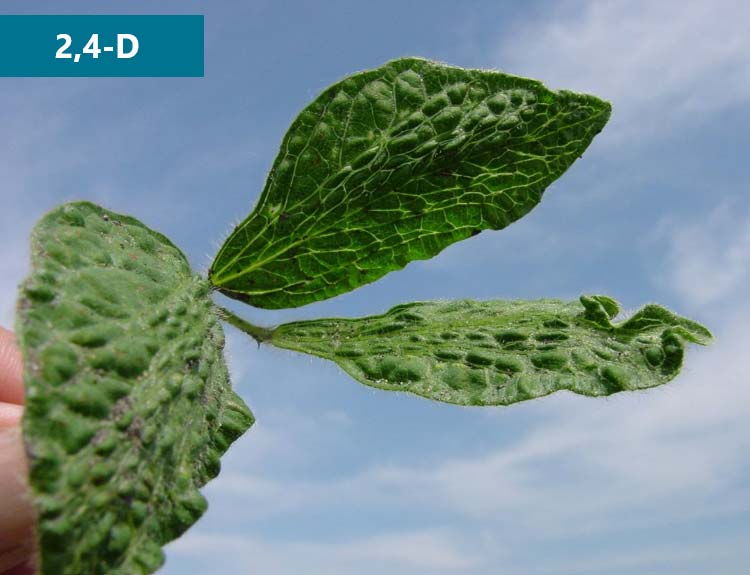 Other Herbicides Modes of Action 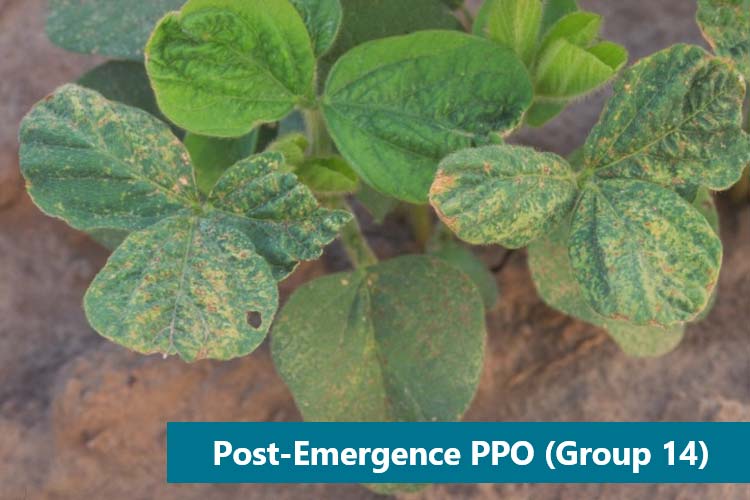 Figure 5. Soybean injury after foliar application of a PPO herbicide. Leaves show some degree of distortion and midrib shortening, which could be mistaken for other types of injury, but also show burning of leaves exposed at the time of application characteristic of PPO damage. 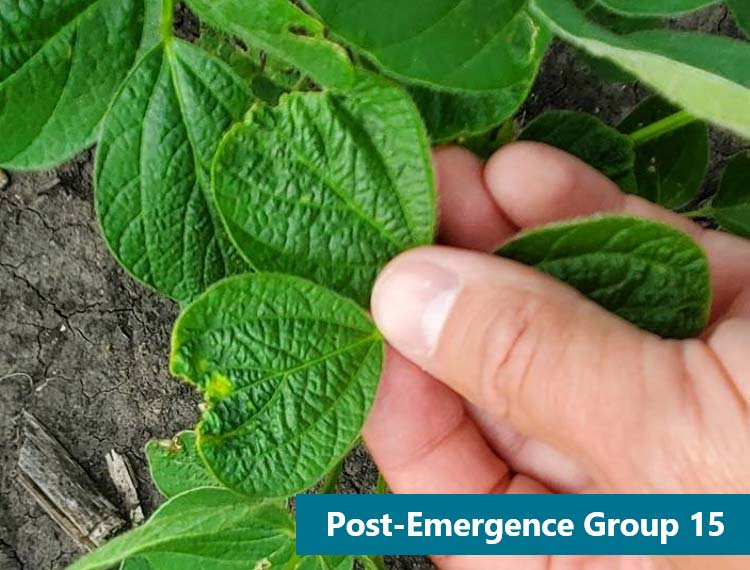 Factors NOT Shown to Cause Soybean Injury 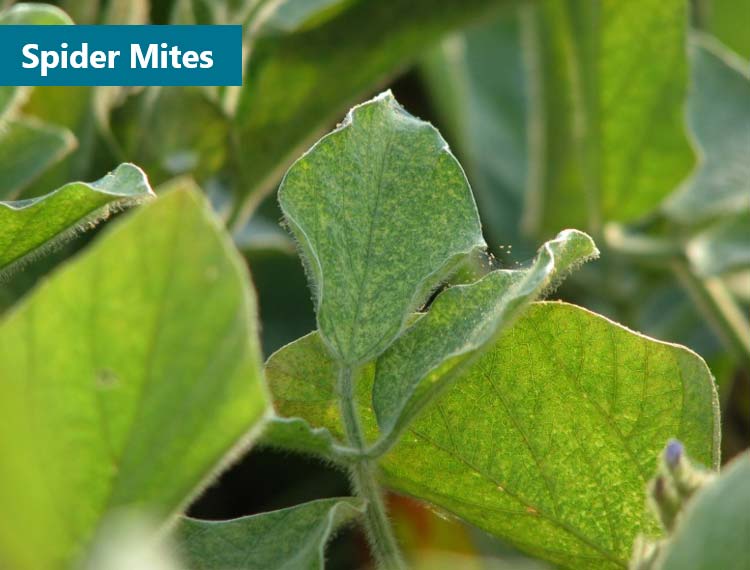 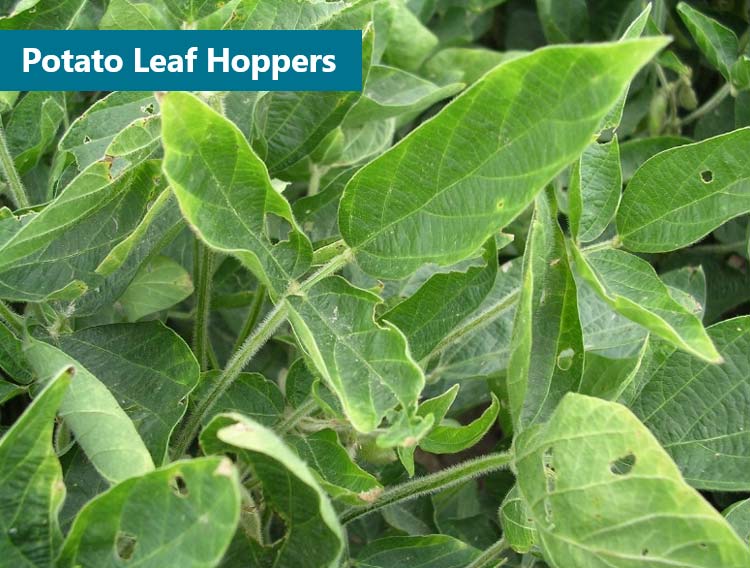 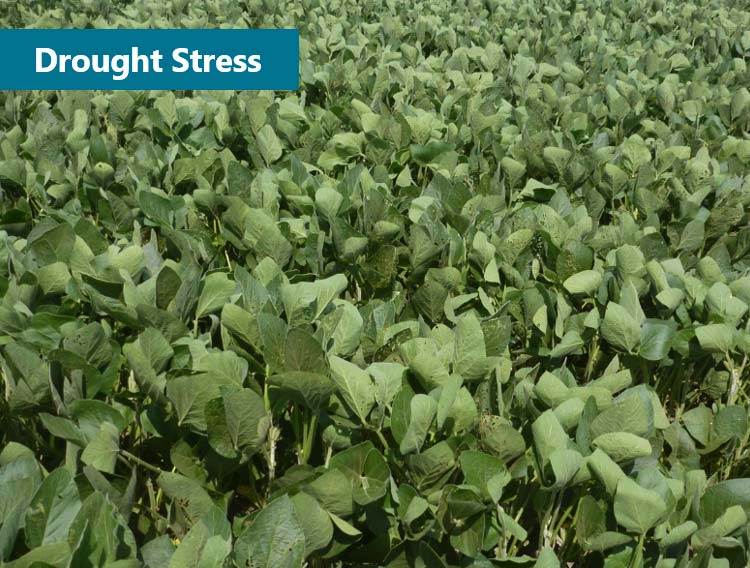 Figure 9. Soybeans with leaves folded in and flipped over in response to drought stress.

The foregoing is provided for informational use only. Please contact your Pioneer sales professional for information and suggestions specific to your operation. Product performance is variable and depends on many factors such as moisture and heat stress, soil type, management practices and environmental stress as well as disease and pest pressures. Individual results may vary. Pioneer® brand products are provided subject to the terms and conditions of purchase which are part of the labeling and purchase documents.