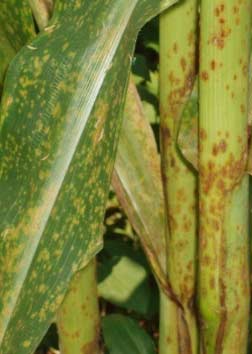 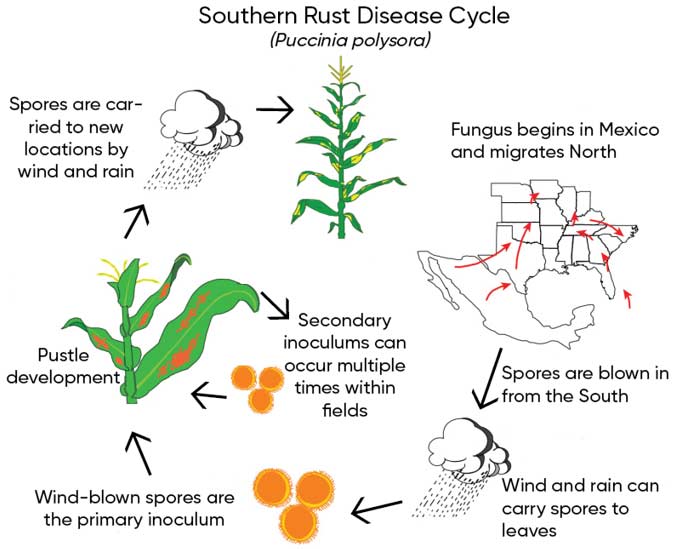 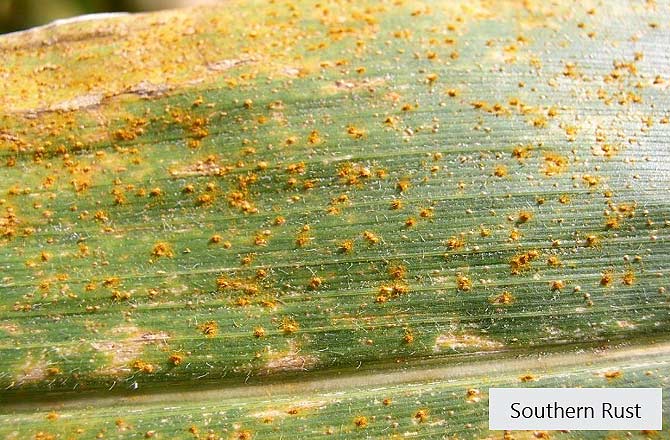 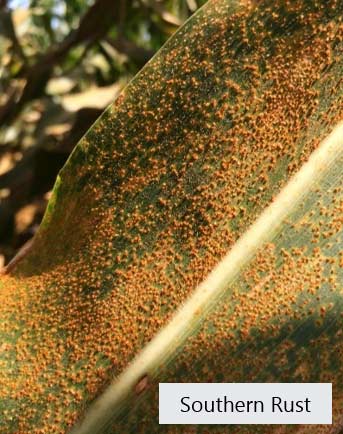 Coloration of pustules/spores is reddish orange.

Only infects the upper leaf surface, not the undersides of leaves. 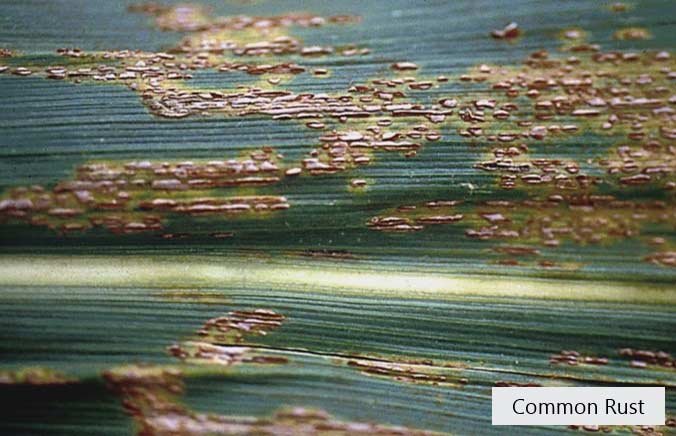 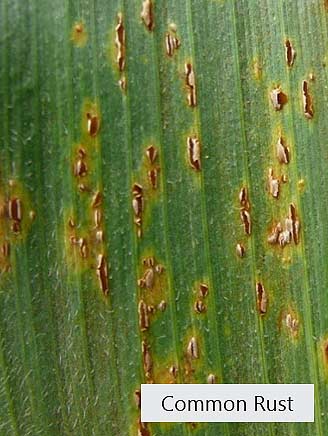 Common Rust. Has larger pustules that are more elongate and blocky.

Coloration of pustules/spores is brown to cinnamon-brown.

Infects both the upper and lower leaf surfaces. 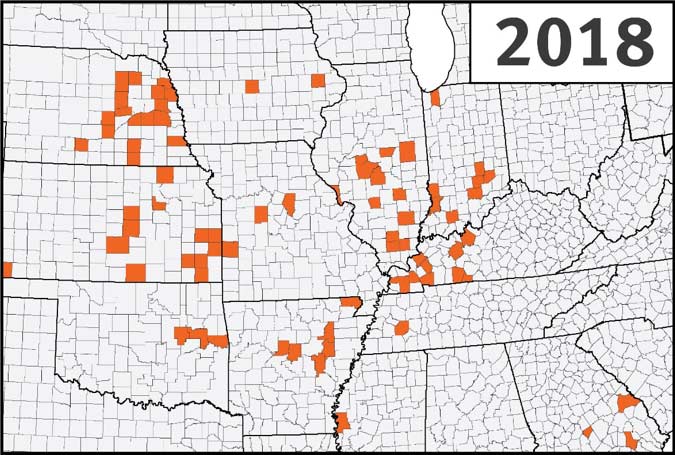 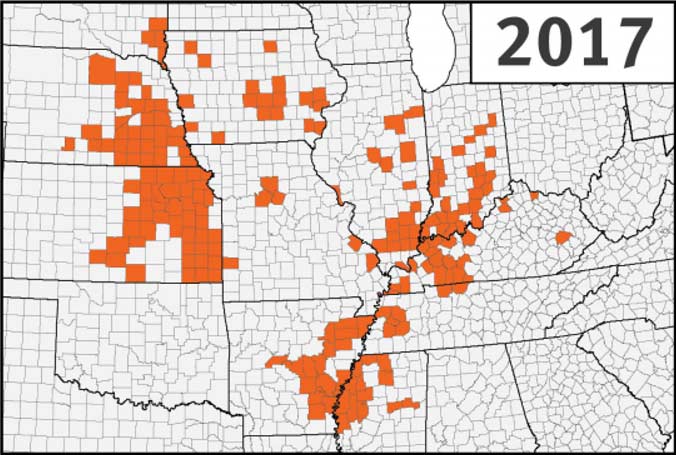 Figure 2. Confirmed detections of southern rust in corn through the first week of September during the 2017 and 2018 growing seasons. (Source: http://www.ipipe.org).

Southern rust symptoms visible in the upper canopy of corn in Johnston, Iowa (Sept. 11, 2017). Foliar disease was extensive but infection occurred late enough in the growing season in this instance that yield impact was likely minimal.

Download your copy of Pioneer's Corn and Soybean Scouting Calendar. It's your guide to the diseases and pests that threaten your yield and when to look for each one.

The foregoing is provided for informational use only. Please contact your Pioneer sales professional for information and suggestions specific to your operation. Product performance is variable and depends on many factors such as moisture and heat stress, soil type, management practices and environmental stress as well as disease and pest pressures. Individual results may vary. Pioneer® brand products are provided subject to the terms and conditions of purchase which are part of the labeling and purchase documents.